What Is Reasonable Compensation for an S Corporation?

What is an S Corporation?

The S Corporation designation is not a legal business entity in and of itself. Instead, it’s a special tax election made by an LLC or C Corporation allowing them to keep their liability protection keeping the owners’ personal assets separate from the company’s debts and lawsuits, but avoiding the double taxation of C Corporations.

Companies structured as a C Corporation or Limited Liability Company (LLC) have the option to file for the S Corporation tax election in the current tax year, if:

If a company fails to follow the above requirements, such as having too many shareholders, the Internal Revenue Service (IRS) will automatically revoke the corporation’s S Corporation election status, and the company will be taxed as a C Corporation.

However, because some business owners may divide salaries and distributions disproportionately, the IRS keeps a close eye on an S Corp’s dividend distributions to make sure businesses aren’t attempting to avoid paying payroll taxes. So, paying owners/shareholders reasonable compensation can help your company stay on the right side of the IRS.

Read More About Payroll: What is Payroll?

To dissuade business owners from hiding wages behind distributions to avoid paying payroll taxes, the IRS requires S Corporation owners to pay “reasonable compensation” to each shareholder/employee in exchange for any services given by the shareholder/employee. As defined by the IRS, “reasonable compensation is the value that would ordinarily be paid for like services by like enterprises under like circumstances.” In the eyes of the IRS, shareholders providing anything more than money to the company are considered employees—employees who must be paid wages comparable to salaries paid for similar services in similar industries.

The IRS suggests taking into consideration the following aspects when defining reasonable wages for an S Corporation:

You can also check the U.S. Bureau of Labor Statistics for comprehensive wage data searchable by occupation nationwide and comparable wages by state, region, and city.

S Corporation owners, officers, and shareholders working for and providing even minimal services to the company are required to receive wages. Therefore, payroll taxes, including FICA, FUTA, and federal income tax withholding, must be paid for all employees. To determine reasonableness, the IRS scrutinizes the S Corp’s gross receipts and then establishes what tasks the owner/shareholder performed to help generate gross income.

When to File for the S Corporation Election

To acquire the S Corporation election, the corporation must get unanimous support from owners/shareholders and file IRS Form 2553 no more than two months and 15 days after the beginning of the tax year, which is March 15. S Corporation status will begin the following calendar year if you miss the deadline.

Upon receipt, the service center will notify the corporation no more than 60 days after submitting the form as to whether the election has been accepted. You will also receive a notification if your election is not accepted.

LLC owners have several options when deciding how to file their business taxes. By default, LLC members are considered the same tax-paying entity. Single-member LLCs are taxed as sole proprietorships, and the business’s profits and losses are passed through to the owner. Multiple-member LLCs are taxed as a partnership, with the profits and losses distributed to the members and claimed on their personal tax forms.

However, besides electing S Corporation status, LLCs can also choose to be taxed as a C Corp, where members are considered employees and separate taxpayers from the corporation. C Corporations pay business income taxes on the company’s profits, and subsequently, the owners also pay income tax on their wages (called “double taxation”).
Why would an LLC decide to file as a C Corp? For one, the IRS allows C Corporations significantly more business tax deductions. Alternately, the IRS limits how much S Corporations can deduct for such benefits as life insurance, medical, childcare, education, and retirement plans. In addition, unlike S Corporations, C Corporations don’t have limitations on the number of shareholders or who can be a shareholder. If raising money is important to your company, a C Corporation opens more investment doors.

However, the IRS guidelines for reasonable compensation in a C Corporation are the same as in an S Corporation. You can feel secure by making sure you’re paying a fair amount for the work performed.

To file as a C Corporation, the LLC must file Form 8832 to declare C Corporation tax status and then file Form 1120, U.S. Corporation Income Tax Return. Then owners file personal tax returns based on their wages.

CorpNet can help you file for S Corp election status. Our professional filing experts will handle the paperwork, validate all the information, and help save you valuable time. 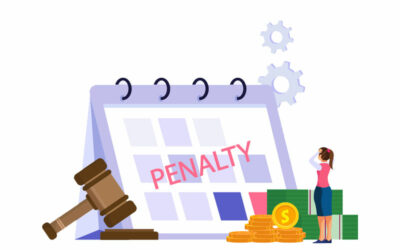 What Happens If You Accidentally Miss a Tax Deadline?

In this article, I’ll discuss the potential consequences for professional tax services providers and their clients (taxpayers) when tasks get forgotten and tax deadlines have been missed. I’ll also touch on options for resolving late filing and payment issues with government agencies. 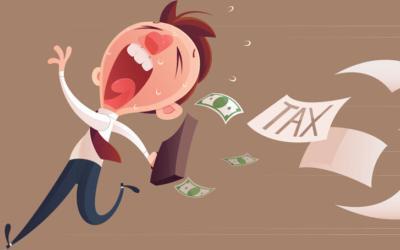 How to Avoid Double Taxation as an LLC or S Corporation

There are a whole host of reasons to incorporate as a C Corporation. For example, the C Corporation is the preferred structure if you intend on seeking VC funding or taking the company public. But forming a C Corporation involves more paperwork, legal fine print, and... 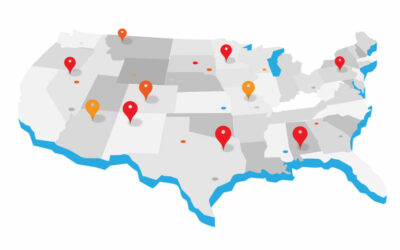