The State of Small Business for Women

It seems like no matter how hard women entrepreneurs try, we will never catch up to our male counterparts. Or will we? The state of small businesses owned by women has risen significantly over the past few decades, and seems to be speeding up.

Where are the Women At?

While more than 1,200 businesses are opened by women each day in the United States, the concentration is stronger in North Dakota, the District of Columbia, Nevada, Arizona, Georgia, Wyoming, Virginia, Maryland, Texas, and Utah. I’m curious why these states have more female-run small businesses.

While the growth is impressive for women-owned businesses, the majority of those are small: they employ just 6% of the country’s workforce and contribute just under 4% of business revenues. Only 2% of these businesses earn over $1 million in revenues. Countless female entrepreneurs are solopreneurs or hire only a handful of employees.

But the Future Looks Bright

As women in business becomes more of a hot topic, we’re seeing some great strides toward encouraging more females to join the ranks of those who have started a business before them. Late last year, President Obama signed the National Defense Authorization Act (NDAA) that allows women-owned small businesses to get more government contract deals and gives them the same access to the federal contracting marketplace as other disadvantaged groups.

Resources like the InnovateHER: 2015 Innovating for Women Business Challenge are providing women entrepreneurs access to tools and connections that can help grow their businesses.

InnovateHER allows female business owners to showcase their products or services that have a measurable impact on the lives of women and families, have the potential to be commercialized, and fill a need in the marketplace.

If you know a business that is run by a woman, why not support her? Shopping local is a great practice regardless, but by spending money with businesses run by females, you show your support and encourage others to start their own women-run business!

Nellie Akalp knows what it’s like to be a woman in business. She started CorpNet with her husband, Phil, to help others start their own ventures. If you’re serious about starting a business, see how CorpNet can help you make your new business dreams into a reality! 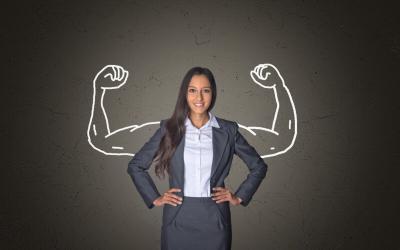 As a woman business owner, I’ve found that empowerment comes to us in two ways: Access to external sources of inspiration and knowledge Self-respect and self-confidence You can sit around and wait for someone to empower you, or you can take the bull by the horns and... 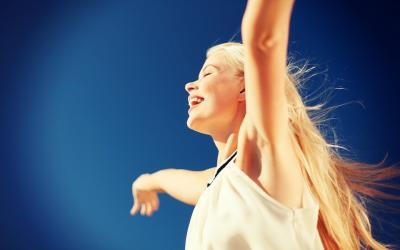 Thank goodness tax time is over, right? I, like most small business owners, find this time of year a bit stressful. So after April 15 passes, I’m all about rejuvenating and recharging my battery.

When you run a business, whether you’re the only staff or you manage a team of ten, it is essential that you make time for yourself. Otherwise, you’re a stressed out ball of tension that puts your business —and your health — in jeopardy.

We’re all in the same boat here, so I thought I’d share how I decompress.

As people — more specifically as entrepreneurs — many of us feel obligated to put up a shield to hide what’s really going on. When we’re asked how things are going with our businesses, we’re more inclined to focus on the highlights rather than the brutal truth. That truth might be that we’re working too much and getting sick a lot. Or that business has ground to a halt. Whatever that truth is, we feel it makes us vulnerable, and we feel like that compromises our ability to succeed.